In 2011, my dad and I stopped at Kentucky Fried Chicken. I had a chicken leg and bit into it. I pulled away from it with a piece of tendon stuck in my teeth. Looking at the texture and the bone and the skin solidified what I already knew - this was not for me. My entire childhood was hunting. Meat for every meal. My earliest memories are standing inside of an elk carcass in my Uncle's garage- helping to cut the tallow off of the animals that had been recently butchered. The smell of burning off stray hairs and skin will never leave me for as long as I live.

Most people would go vegan if they saw how the sausage was actually made. Slaughterhouses are horrific places where animals just like you and I go to die. They are hung, their throats slit, abused and their cries of agony are ignored. Many times their legs are broken before slaughter. That's JUST the slaughterhouse. Many times these animals only see sunlight for the first time right before they are taken to slaughter. Kept in cramped cages, many of them cannot turn around. Chickens attack each other out of aggression and pluck each others feathers off. Chickens are kept on wire floors, their poor feet growing around the wires they live on, their feces falling on others below them- all in the sake of efficiency.

Humanity has ignored the plight of animals for far too long. We are all victims of Capitalism. Humans are abused for the products they produce, just like animals are. The only issue is that animals cannot stand up to their oppressors by themselves. They have no voice.

The idea that animals were created by God for human consumption is outdated and ignores the fact that animal husbandry is DRASTICALLY different than it used to be when the Bible was written. If you are religious, animals were still raised for food and for their milk, skin and eggs, but they lived much more of their natural lives. Still ethically wrong- but so much better than the life they lead now. The immense amount of suffering that goes into producing your favorite snack is staggering and once you know WHO is in your foods, going vegan is almost impossible to ignore. If you do believe God created animals for us to eat and raise, then you also realize that God created animals for us to protect as well. We are failing this every time we buy a steak or milk and eggs, as we are giving those which exploit animals money to continue what they do.

But do animals feel pain? Do they think and have memories?

Yes. Yes. Yes. We have to think about what it means to have value. What does a life need in order to have value to us? Should we eat those with disabilities because they don't think and feel the same as everyone else? Should we eat infants that lag behind their peers? Should we eat comatose patients? I believe most people would say no to this. Humans don't eat and exploit animals because they don't have feelings, they do so because animals lack the ability to protest and fight back. There have been numerous studies that suggest that pigs for example are smarter than dogs, but yet we still torture them for our own gain and pleasure.

But why is being vegetarian not good enough? I LOVE cheese too much to give it up!

For 8 years I was a vegetarian. I didn't drink milk because ew- even if you're not vegan, milk is really gross and weird, let's be honest. After being vegetarian for 8 years I decided to read Peter Singer's Animal Liberation. I nodded my head along to everything he said, until I got to his call for action. A piece of me hoped he would tell me that being vegetarian was good enough- that it was enough to abstain from eating the flesh of animals and that I was making a difference.I was dead wrong. Not only was eating meat not solving the issue of animal liberation, but I was actively contributing to the problem. I melted cheese on everything. i was addicted to cheese and yogurt. When people would say "I could never stop eating meat" I nodded and said "oh yeah, I don't know how vegans do it- I couldn't live without cheeeeeese". Boy was I wrong again. Peter Singer is a utilitarian and believes that we should expand the scope of our ethical considerations, not just to all people- but to all creatures. If a creature has the capacity for present and future happiness, then their needs should be considered in ethical decisions. If we can avoid eating animal products and contributing to the massive suffering we put animals through for meat and milk and cheese, then we have a moral imperative to do so.

WHO should be a vegan?

EVERYONE - Going vegan is the most effective and easiest form of protest.

Are you a feminist? If so, please consider going vegan. If we extend our feminism to ALL living creatures, then there is no greater mysogny than what we do to animals on farms. Every animal-based product you purchase at the store is the direct result of female reproductive exploitation. We use rape racks to forcibly impregnate animals against their will. Then we take their babies from them- and in the case of cows and goats, we keep their babies away from them so we can abuse the most basic female mammalian function- making milk for our babies. We take their milk- the milk meant for their children, and we drink it- turn it in to cheese and consume it. We continue this vicious and traumatic cycle of rape and ripping mothers away from their babies until they stop producing milk. Once they no longer make milk, they are slaughtered and their daughters are forced to do the same. This makes it extremely clear that every feminist should be a vegan.

One of the main reasons people decide to turn away from Capitalism is because the system rewards those that can exploit that lower classes or those with less capital. Employers pay their workers starvation wages to do unfulfilling jobs with no prospects of rising up. They exploit those that cannot defend themselves. Any good Marxist knows that laborers produce goods that are not enjoyed by them and make less money to purchase back those goods they create. This hyper-consumerism is even worse when it comes to animal farming. We exploit the very body of animals for everything they produce- hair, nails, flesh, skin, milk, eggs- and in return, the animals get less than a year of a miserable life of stress and agony. If you extend your beliefs to all animals- we are all oppressed and we are actively contributing to their oppression when we purchase animal products.

One of the most common complaints I hear against veganism by 'woke' people is that it is racist to expect everybody to adopt a vegan lifestyle. That being vegan is too expensive for low income folks and that people of color are disproportionately lower income. This is blown out of the water when you consider which countries are mainly vegetarian or vegan. It can be very expensive to be vegan if you are looking to replace your meat and cheeses with fake meat and cheeses. The truth is, being vegan isn't about eating facsimiles of animal products- it's about protecting animals and eating fruits, veggies, nuts, grains is extremely cheap. Rice is one of the cheapest foods you can get per pound. Tofu is so much value for the price. A can of beans is usually less than 60 cents. The most expensive part about being vegan is learning how to cook properly and make nutritious meals. I will admit that lower-income folks with multiple jobs will have a harder time learning to make vegan dishes at home, and it is rare to find fast food that is vegan. But if you believe that nobody should go to bed hungry and that we need to be feeding people with our excess food, then you need to go vegan. Most crops are raised for livestock to eat. It takes a hell of a lot of oats and grains to raise one pound of meat than it does to just feed families the veggies and grains you'd otherwise feed to livestock.

If you believe that climate change is real, then you know doubt have heard that 'cow farts' are one of the number one polluters. They aren't wrong. But burning and clearing down the rainforests to make land for animal farming doesn't help either. It is unsustainable to keep exploiting animals at such a pace. Humans will have to find more ways to make it more efficient to slaughter animals- they are already pushed to a breaking point. We see mad cow disease, COVID-19 and numerous disease outbreaks all because of or exacerbated by animal husbandry. We can grow sustainable crops on less land than we can raise animals. We can stop wasting so much food on animals. We will still need to address fertilizer and pesticide pollution from farm runoff- but going vegan is good for the environment as well.

Going vegan for your health is very common and while I would prefer people go vegan for animals too, being healthy is a great plus. Eating meat has been linked to numerous diseases and any study suggesting that being vegan is somehow worse is probably paid by the Cattle Ranchers Association of America.

So how do I start? It doesn't have to happen overnight. It's a shock to instantly go vegan. Many of the foods you used to eat will have to be veganized or you'll have to find alternatives. But the first step is to choose something to give up. My daughter gave up beef and milk first. You could go vegetarian first. Or cut out fish. BUT, the most important thing is that you continue to work towards going fully vegan.

I DISAGREE WITH YOU Hey, telling people that the way they live their life- their favorite foods are immoral and that everything they know is based on an ethical inconsistancy is a hard pill to swallow. Believe it or not, being vegan has lead to a great number of questions and concerns from individuals. But I want to answer your questions and criticisms. So below is a comment box. If you think I'm dumb, I want you to tell me why below. If you want to go vegan and just want more guidance, leave a comment below. I will answer every single question- no matter what it is. I want to know why you think veganism is wrong or what questions you may have about my diet and lifestyle and perhaps starting your own journey. I'm here to help.
Widget is loading comments... 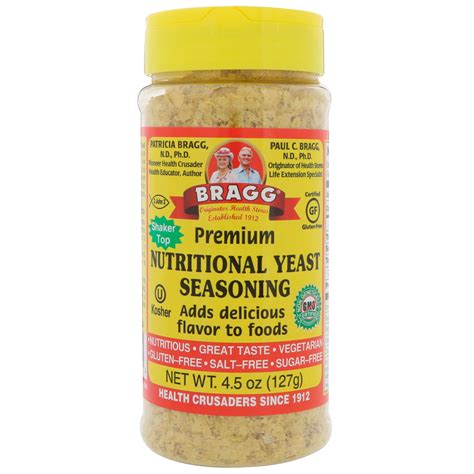